It all began 40 years ago when a local Northern Beaches family, headed by brothers Wayne and Mark Bayfield, along with their beloved late-father Neville, took over the Dee Why Hotel, and in the process launched the Bayfield Hotel Group.

Over time, the family expanded their pub portfolio, with previously owned venues including The Caringbah Hotel, The Sands, Newport Mirage and are most famously known for The Newport Arms, which they owned for a remarkable 24 years! 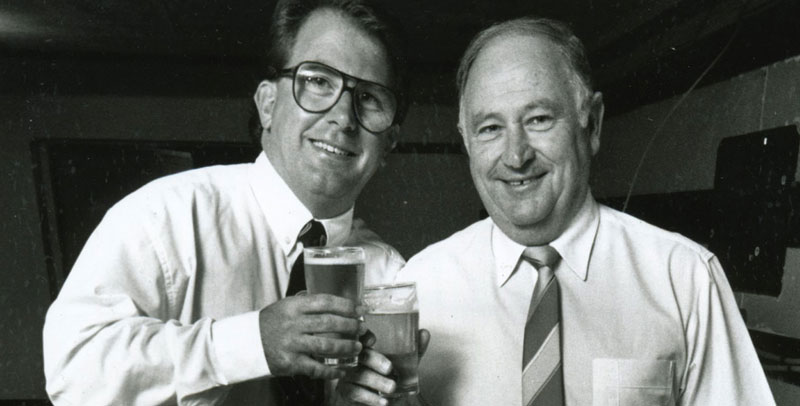 Presently, the group boasts an impressive hotel portfolio that includes Dee Why Hotel, The Light Brigade and most recently, the re-purchase of The Belrose Hotel, all the while maintaining their family-run authenticity. Today the Bayfield grand-children, co-headed by Kaine Bayfield, continue to uphold the family-run tradition of offering world-class hospitality and dining experiences in their prestigious dining venues and watering holes. Adding to their hotel portfolio is Bayfield’s Liquor Superstores at Dee Why and Belrose, as well as Bayfield’s Online, which have been an outstanding success.

“Bayfield’s Superstores came about with the understanding that customers did not have easy access to well-known Liquor brands online at the time. And while there are plenty of websites out there now, the opportunity to present customers with their favourite brands, week in and week out at a great price – has become our mantra.

Locals are loving the fact they have a local liquor superstore with a huge range, great prices, weekly specials, easy parking and friendly service – we even help you with your shopping right to your car! In fact it is not just the locals who shop at our stores, people travel from far and wide to experience some of our famous customer service.

If you love a good deal, our #bayfieldsbestbuys promise is that we will always work hard to get you the best deals on the best brands! #bayfieldsbestbuys are our weekly specials featured in the Manly Daily ads, in-store, online, in catalogues, email newsletters and on our Facebook and Instagram pages.

Proudly family-owned and operated on the Northern Beaches, we are honoured to be celebrating this 40 year milestone. We couldn’t have done it without our dedicated staff, and the ongoing loyalty and support from our customers, so we thank you.

Regards, Wayne, Mark & Kaine Bayfield…………and all the team at Bayfield’s.

“My name is Andy, I am the Product Buyer for Bayfield’s. I have a long history in liquor retail dating back to the Crown on the Hill in 1985, which, at the time was Sydney’s very first liquor Superstore (based in Roseville) as well as a posting at the Orlando Wyndham group for a while before settling into Bayfield’s and clocking up 26 years with the retail group this year. We hope you like the new online store and product gallery which we trust you’ll find easier to navigate. I will soon be bringing you ‘Andy’s Picks’ to highlight my recommended drops and of course all our #bayfieldsbestbuys which are included in our Manly Daily Ads and Weekly Specials each Tuesday to Wednesday.” “Proudly family-owned and operated on the Northern Beaches, we are honoured to be celebrating this milestone. We couldn’t have done it without our dedicated staff, and the ongoing loyalty and support from our customers, so we thank you.”